TLDR: Not in your lifetime. 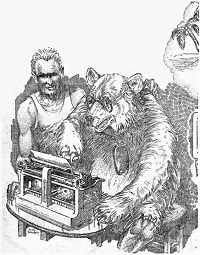 The late 1800s and early 1900s are rich in the concept of animals with human level intelligence.  Surgery on the brain or a mix of chemicals have the power to anthropomorphize the animal kingdom. The Island of Doctor Moreau continues to resurface over 100 years later.  Even in the late 1800s these writers already had Charles Darwin’s Origin of the Species on their bookshelf since 1859. Evolution implies a way to change and these writers pioneered early concepts of uplift.

Through the mid 1900s our uplift options grow.  Chemicals turn into laboratory-developed drugs to enable intelligence in mice and men in Flowers for Algernon. Cosmic forces speed synapses in Brain Wave. Aliens uplift monkeys into humans in 2001 and time downshifts the humans back into monkeys in Planet of the Apes. 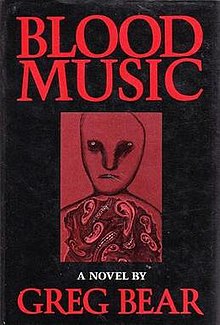 1980s we are gifted the term Uplift by David Brin.  While the fictional world of David Brin benefited from the knowledge of aliens, real world David Brin benefited from the rise in genetic engineering.  Since then, science fiction writers have added to the richness of genetic engineering as a tool to uplift species.  Most recently Adrian Tchaikovsky gifted us an amazingly detailed description of the process in Children of Time.

Even as 2021 comes to a close we (the sentient people of Earth) both love and loathe the concept of modifying a species.  Generally speaking, we base our acceptance on the cuteness or tastiness of the outcome.  We have no problem breeding awesome dogs or delicious pork.  These two industries currently account for the majority of species modifications and are largely accomplished through controlled breeding programs.  When scientists start messing with human beings, by changing their eye color or other physical characteristics, society gets ready to pounce.

Today we see almost no companies engaged in the uplift of animals to improve intelligence.  A more recent example are the “Foxes of Novosibirsk“.  For decades Novosibirsk led a controlled breeding program to mate foxes who were most willing to engage with humans.  Many generations later he developed a breed of fox similar to a domesticated dog.  If tens of thousands of people had purchased foxes as pets, we would have seen an explosion of companies funded by the venture community.  No Fido the Fox on my street.  Plenty of Teslas and regular self-driving cars though.

Our next closest possibility involves those working on genetic engineering to improve memory or calculation.  Step one, make humans smarter. Step two, turn those genes on in Flipper the Dolphin or Charlotte the Spider.  While we have a few examples of this work, they remain in the realm of research, not something we can build a business around.  “In 1999, Joe Tsien and his colleagues at Princeton University… engineering mice with better memories… by popping an extra copy of the NR2B gene into their genomes.” Scientific American Sept 2016.  20 years later, no super-intelligence. Genomes are incredible complex and often require hundreds of changes.

Unfortunately, the idea of uplifting a species suffers from both market risk and execution risk.  There will be the occasional billionaire willing to fund a project one off, but the current capitalist engine of investment is not suited for this type of research.

Verdict: Not in your lifetime. Long live Princess Donut.